Things I Didn't Do 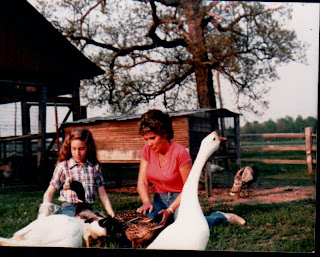 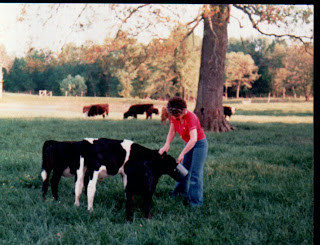 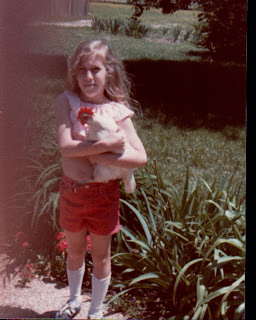 When I lived in the country I always wanted to have bee hives. My elderly neighbor had them. His name was Mr. BB.
He realized how interested I was in them so he put 3 hives on my land. I never felt brave enough to care for them (especially since hundreds covered me one time when he was checking the hives) or learn more but did have honey from my area.
My oldest daughter in upper Michigan has bee hives. Her husband Dan built the boxes from a plan on the internet. It looks like they are going to have honey. Hopefully the bees make it through their cold winter season. I love hearing her share about her bees. The main reason for this new adventure with bees is the fact that Mary has allergies. Some articles are stating that eating honey from your area is helpful with allergies. As time goes by we will see.
I use to love to go down to his huge old farm home and view all Mr. BB was doing. Many plant sharings came from him. My first strawberries, asparagus and some of his small game.
He had an incubator and that fascinated me. He ordered me one and installed it in one of my outbuildings. I raised quail, ducks, geese, chickens, and a number of small game from the eggs.
It could hold 500 eggs. I loved watching the process of the eggs hatch. I would keep a light bulb on in the box where the eggs were, spray them with water occasionally and turn the eggs. Childish thought I would have when they hatched and I was the first thing they would see "I bet they think I am their mother." It gave me pleasure to see them emerge and I had to hold myself back to keep from helping them out of the egg. Some took longer then others.
I had the thought at that time of raising pheasants and quail for restarants and even went so far as to contact several. I was told they would take all I could supply.
I liked having our own eggs. Jamie even named most of the chickens. I still have that piece of paper with each chicken listed. She described them and gave them a special name.
I can remember the time that there were not as many eggs in one particular bucket. I shared this with someone and they told me I might have a chicken snake. I was instructed to put a lightbulb in the nest. If the lightbulb was gone the next morning that indicated I had a snake.
Well the lightbulb was gone. I almost had a stomach ache for that poor snake. I think I enjoyed my peacocks and guinees more then anything. I had never seen a guinee before. Their head the size of a walnut and the strange noise they made. The peacocks are the best watchdog you can have. I also raised 4 baby calves and bottle fed them. When the farmhouse was sold I had about 16. I remember so well the evening the cattle sale people came to get them. How they cried and I cried all night. The mothers were separated from the young calves and to this day I can hear them crying. Everything Jamie and I raised were pets. Even the chickens and I dreamed of how tasty they would be. But we could not eat them. Many stories regarding our life on that farm.
I also always wanted a greenhouse. But the more I investigated about them I realized how very time consuming they were. Heat in the winter and cooling in the summer. Had many business ideas. Thought of an orchard. Did plant 10 fruit trees for our use. Also had the idea of planting many evergreens and also fields of flowers for people to pick. None of this materialized.
Bottom line, I could not do it without help. I truly worked very hard physically at this time. Over the last 30 years I have continued this. Guess I still do but on a smaller scale. Difficult for One Woman to continue to carry this through and none of my children were interested in this lifestyle. The older ones had been raised in private schools and a were drawn to a different lifestyle. They did love to spend time with me and later my older grandchildren loved to visit grandma in the country.
Now grandma is on a small lot in the middle of the city. But may have a small cottage in the country sometime in the future. Would be a treat to be surrounded by nature once again.
As time goes on I will be posting many pictures of that time in the country.
Just some more thoughts and memories from this One Woman on her Journey Through This Life.
Posted by One Woman's Journey - a journal being written from Woodhaven - her cottage in the woods. at 6:30 AM

I am so glad you are posting pictures of your old place. I just love looking at them and hearing your stories. I read where a lot of bees are dying and they are afraid they will become extinct. I hope your daughter's bees do survive. I love honey and eat it all the time and always try to get the local honey. There are so many wonderful things you can do on a farm. My dad had bees too and he was not afraid of them but I was scared to get near the hives.

I think you are a born farmer. You should build that country cottage with your talent for gardening and raising animals and fowl. It is not my kind of lifestyle at all, but I can see the attraction. I think I am too lazy to work 365 days a year, as one must if you have living things to care for.

Wonderful stories, or memories. Thought you might enjoy this video:

I have tried to comment several times on your blog, but find the new comment form widget below only works in the IE browser AND if you are logged into Blogger...I usually use Firefox as a safer browser...Oh well, I did try to post a lot of nice thoughts but am just going to try here at IE.

THANKS TO EACH OF YOU FOR YOUR COMMENTS ON MY MEMORIES.
TABOR, I AM SORRY. DO NOT KNOW WHAT IS GOING ON.

Those memories are just beautiful and I am sure they are only the beginning of such wonderful stories you have of those years. So much you accomplished and experienced!
I loved reading about the incubator experience. I grew up on a poultry farm and my memories of the baby chicks coming to life are some of my favorites. We would have huge trays of baby chicks and they would be placed in boxes filled with shavings and brought to my grandmother's warm kitchen until they were ready to go to the chicken houses. I can still hear all the peeping.
Local honey is a wonderful thing and I wish your daughter success with her beekeeping. There is a wonderful book on the subject written by a late friend of mine "The Queen Must Die" by William Longgood.

Hello
I've dropped in from my friend (and yours, Suranga of Gappa, and I'm pleased I did.
We also share Judy.
I too am in that part of life's journey where I have more time to think and deal with the realisation that there are so many experiences yet to enjoy ...
Thanks for having me
June in Oz

June, thank you for visiting me.
I just read about you and we do have a lot in common. Interesting past journey and the journey continues.
Have a good day.