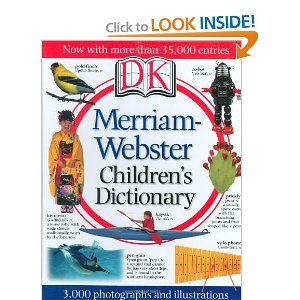 My youngest granddaughter at age 6 is requesting a dictionary for Christmas.
I smile at this special request.
Christmas it will be at grandma's.

On a lighter or more serious note
according to they way you look at it.

Early this morning
Nurse opens door and calls my name.
I follow her and she request I put on gown and tells me they are going to start an IV.
Told her the information I received said no gown or IV.
Then I was told she was preparing me for MRI of the brain
What.....
To make a long story short
seems another person had the same name.
Went through admitting process
and was given two large containers of a drink that tasted like a banana milk shake - not bad.
But then remember with this dry mouth condition I do not taste much.
So apologies were in order
but I wondered if I had been just a little more nervous I might
have had an MRI of my brain
instead of scan of pelvic area.

So pleased my Jamie arrived to keep me company and found me drinking my shake and not receiving an MRI.

Just received information that EKG was fine and also blood work
There were very high levels of inflammation which goes along with Sjogrens
A miracle that I do not ache all the time.
Was offered a steroid...no way unless I am much more uncomfortable.
At present I only ache a lot when I first  get up in the morning and when there
is a weather change.

Waiting for scan information...
Posted by One Woman's Journey - a journal being written from Woodhaven - her cottage in the woods. at 3:30 PM

I am glad to read that the news so far has been so good. Keeping good thoughts for the rest of the results ~

hoping it, too, will be good.

just got my 11/11 blood work results back. my sedimentation rate was veryyy high, 4.7 times higher than normal limits showing a body filled with inflammation. a difficult year.
:((

I am glad your EKG and blood test were normal ( except for the inflammation -don't you have Predisone on hand a steroid?). That is terrible the hospital almost gave you the wrong test, good thing you have a good mind!!! I am praying the CT scan is normal. Love Beth

Oh, this just proves we have to be vigilant at all times, the medical field will kill us if we aren't!!!

Good for you for speaking up, and not letting them
convince you that is what you were scheduled for,oh my!!!! LOL.

Glad things are good so far::)

Sharon, Sky, Shannon and my Beth,
thanks for visiting...

Good news so far, Ernestine, and so may all the news be - very, very good.