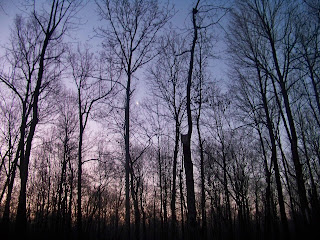 Early morning dental appointment
then stopped to browse in two stores
and saw nothing to add to what I have,
need nothing but sometimes uplifting
to add something new.
Really like my old old things better
and it may be my imagination
but - the quality seems so much better.
Also this matriarch  has the advantage
of staying the same size for 50 years.

Lunch at Chili's as they were just opening
and it had been a long time since visiting them.
What I liked in the past is no longer on the menu,
the waiter said they would prepare what I wanted.
Nothing fancy just their grilled burger with no bun
and covered with chopped tomato's, onions, green peppers,
mushrooms and cheese.  I asked if he would add some
chopped avocado.  I found this tasty and if prepared
at  home would have used fresh items.
He added a handful of sweet potato fries and their chips.
Have two thirds of this for evening meal.

Headed home and I spotted him standing at the intersection
selling the homeless newspaper.  Long line, driving slowly,
and stopping at traffic light.
I watched as no one stopped.

Approaching, rolled down my window and placed the money in his hand
and the "God bless you" echoed in my ears all the way to
the local small town.

I truly think more cars in front of me should have rolled down
their window.  This is a way for some income to be made by
those ~~that only by the grace of God we are not in their shoes~~
Now someone approaching you on the street I do not make
a practice of doing this - a time when this was done watched
as he approached other people
for the bus fare I had given him.

On to the grocery for the weekly needs of eggs, bread, milk,
ice cream and wanted some ginger tea.  More on my to do list but was
weary and headed  onward home to Miss Callie
who was waiting for me in the front field.

Have shared before that no one has ever greeted me with
such excitement and love.  Its nice to be missed...

I am increasingly aware that a lot in this journal
is shared
over and over again.

Posted by One Woman's Journey - a journal being written from Woodhaven - her cottage in the woods. at 6:00 AM

I have to smile, your compassion, to help the one standing beside the road. Bravo. No matter the reason they are there, they still need help.

How kind of Chili's to accommodate your taste buds.

There is nothing like a fur baby's welcome. They love you no matter what and that is compelling.

For my part, you do a fine job blogging. It is a visit from you to us.

you are so kind dear E... when I used to go in the city years ago for dinner with my husband, I'd always have some leftovers in a bag. I'd make a habit of sharing them with someone who was hungry on the street while walking to the car....but it never seemed like enough... still every little bit we offer, including smiles and polite acknowledgment of a person being a person makes a difference.

When I check your blog each day, I feel like I am visiting an old friend...thank you for being "you"...we do not know each other, but you make an imprint on my day.

I never want to miss reading your words, One Woman; it's a visit for this woman who can go all week without talking to another woman. I'm sure your kindness was truly appreciated.

I'm glad you have Callie.

I feel the same. I need nothing but sometimes buying something new can be uplifting...perfect word.

Why is that,I wonder?

chilis was one of my fav chain restaurants but they closed the ones in puget sound for some reason. i miss it so much. i loved the lettuce wraps.

Charlotte, I am right there with you. One of the reasons I write :)
Mel :)
Sky, I did not notice the lettuce wraps.