Help For Each Other

Grandma, needed help with weeding a bank
and they wanted to make some spending money.

After shopping for some school uniforms
we started...

They were given gloves,
grandma's shirts and we began

Many  limbs put on the big
pile that already had been started.
Mulch was unloaded from the truck to the dolly
and bags were placed in different areas of the garden.

Thank you
to my youngest granddaughter's. 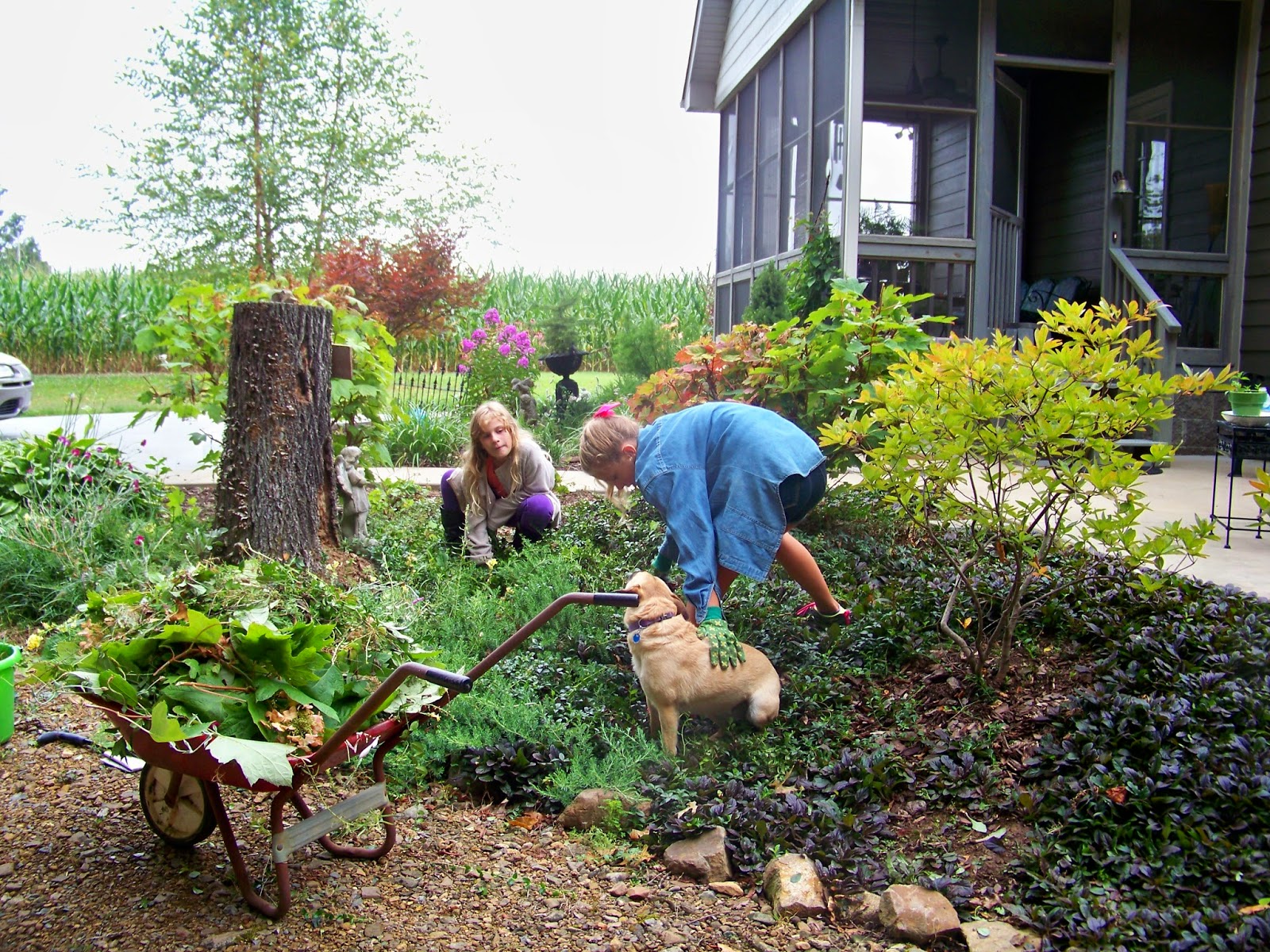 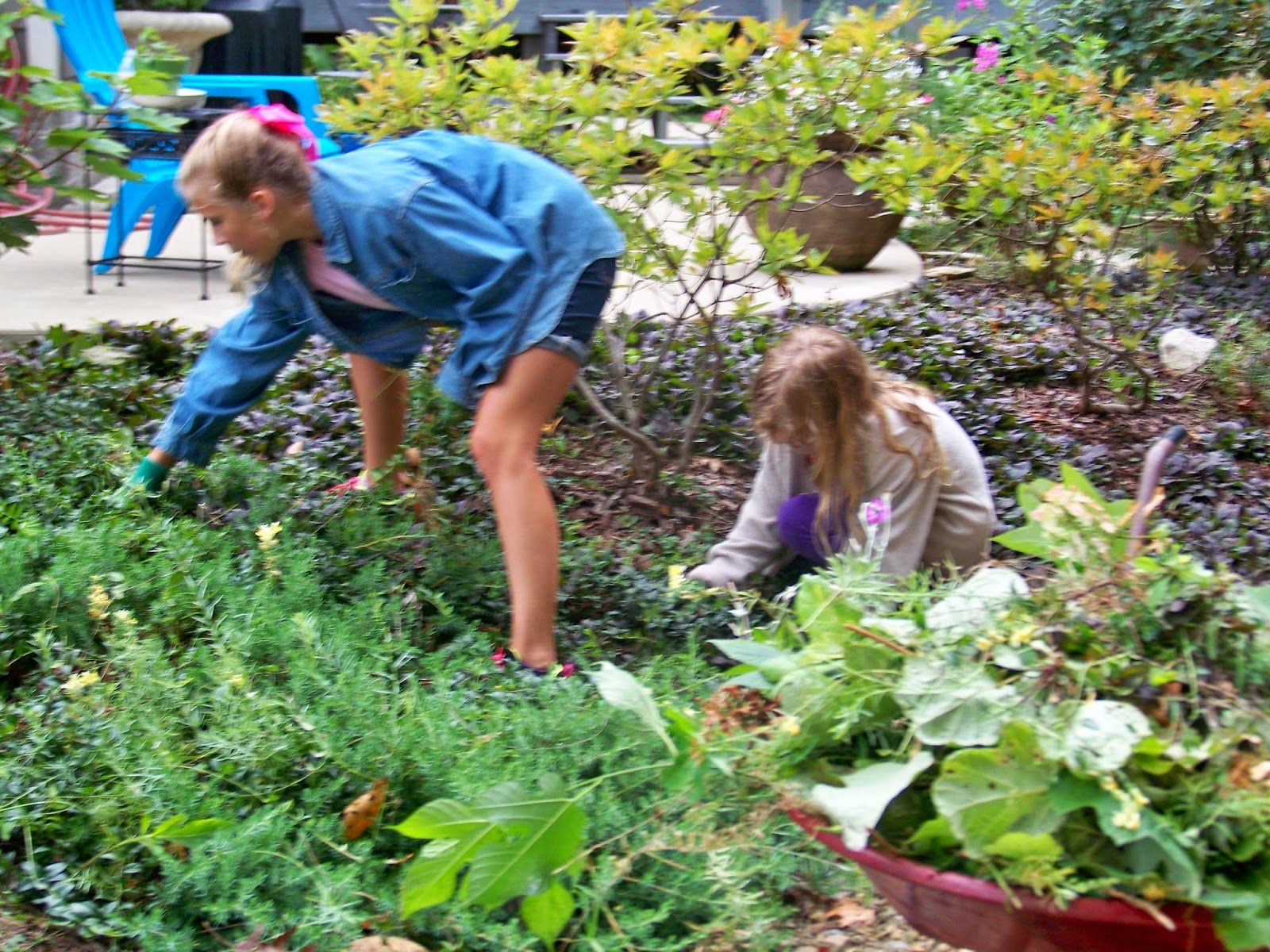 The youngest kept picking up my cane
and I remarked "I do not like using this"
the older one made the comment
"grandma it could be a lot worse"
and I replied
"I know but still do not like it."

A productive day has ended....
Posted by One Woman's Journey - a journal being written from Woodhaven - her cottage in the woods. at 7:02 PM

What wonderful girls. My they are growing so fast. Have a fun evening with them,
Balisha

How wonderful to have such sweet loving helpers.

Have a great weekend~ FlowerLady

It seems that kids that age want to help grandma a lot more than older grandkids, who could do a lot more work and heavier work, but are too busy with their "life".

Smiles ~ a great day for all!

OK, send the on over. I have a steep slope that I no longer even attempt to weed.

How nice to help out each other like that. I like your final reply re the cane.

And, there's Callie right in the midst of it all. There's nothing like mixing fun and work. Great picture...pretty girls!

What sweet girls. They worked hard to have filled two wheelbarrows. It does sound like you had a great day.