A Heart Full of Thankfulness 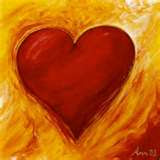 A quick drive to the local post office was her one errand this early morning.

Being home about 20 minutes, she saw a car coming down the long gravel drive and turning towards her cottage. She started to put on her shoes and go out and greet her visitor. Before she was finished - the car quickly turned around and went back to the road. She realizes now that her vehicle was parked behind her home and was not visable from the road. Someone not familar with One Woman - might think there was no one at home.


In about 20 minutes a neighbor called and shared that the same car stopped at his home. Evidently they thought there was no one home. After he answered the door and they went on their way - he watched - the car pulled into another drive. He was aware that this couple was at work. The two men got out of the car and he did not see them for about 5 minutes. Then they appeared carrying some bags.


911 was called and 3 police cars arrived within minutes.


One occupant from out of state, the other from another county, a car full of items that had been taken from homes.


The deputy came and talked to me a little earlier. Seems both men are wanted for this type of theft. They are now in the country jail.


He also shared that this was an isolated event in this area. I know that in my 35 years of owning property on this road that this has never happened before.


Oh, Callie was in the utility room with a gate on the door (since it was very cold outside) and I had the radio playing - So - Callie and "she" did not hear the car approaching or there would have been loud barking.


One Woman has a thankful heart and remembers .....
Psalms 91:11 "God will give his Angels charge over you"
Posted by One Woman's Journey - a journal being written from Woodhaven - her cottage in the woods. at 6:36 PM

I'm glad you caught them!
Happy New Year to you and yours. All the best in 2010. Enjoy every day and night. Say hello to your little wrist mala for me. :-)

Whew... that's scary reading this.
Glad you are safe Ernestine!
And just think you were going to go outside and talk to them!
Happy New Year to you after this frightening episode.

That would unnerve me....but, only if I had not been home and they broke in. I feel fairly safe when I am home, I only worry when I leave....even with an alarm system, they could grab and be gone when police arrives...They say we need to be watchful of our neighbors....It worked for your area...Glad you are safe...You and Callie need to turn that music down...lol